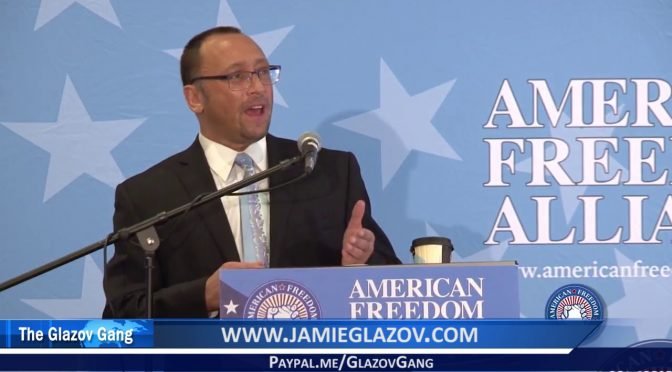 In this new edition of The Glazov Gang, we are running a stirring speech that our very own Jamie Glazov delivered at a recent American Freedom Alliance conference in Los Angeles.

And make sure to watch Jamie discuss Mattel’s Hijab-Wearing Enslaved Barbie, where he unveils how America’s toy company is normalizing vicious savagery against women and girls:

18 thoughts on “Glazov Video: United in Hate – The Left’s Romance With Jihad”