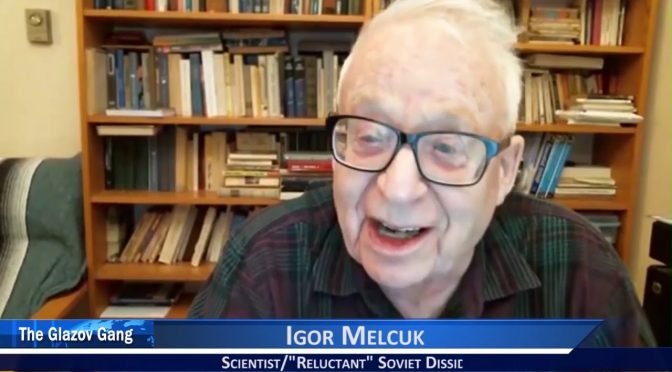 Igor discusses The Soviet Virus In America, analyzing the pretension to equality – and its murderous consequences.

And make sure to watch Igor Melcuk with Ilya Feoktistov, Executive Director of Americans for Peace and Tolerance.

Igor and Ilya discuss The Sovietization of America, unveiling how the totalitarian virus has come to the U.S.A. (The clip above is taken from the whole episode below):

2 thoughts on “Glazov Gang: The Soviet Virus In America”