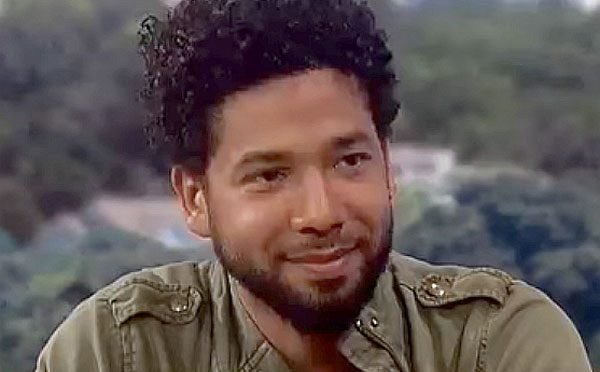 The article below is written by Jamie Glazov in Frontpage Magazine:

Editors’ note: Jussie Smollett is now yet another hoax victim in the ongoing and endless narrative of the Unholy Alliance’s fake and self-made ‘hate-crimes.’ The leftist establishment media, doing its faithful Unholy Alliance duty, uncritically embraced and sensationalized Smollett’s elaborate “hate crime” story — of him being a victim of assault of white supremacist, homophobic Trump supporters. But, again, it turns out to be all untrue. In light of this new, but very expected, development, Frontpage has deemed it important to bring attention to this escalating phenomenon of fake “hate crimes” that very conveniently serve the Unholy Alliance’s agenda.

We are therefore reprinting, below, Frontpage editor Jamie Glazov’s article, The ‘Hate-Crime’ Victims Of Trump Who Weren’t, from the November 18, 2016 issue of The Daily Caller, which reveals how totalitarian movements portray themselves in order to gain power. This phenomenon is at the core of Glazov’s new book, Jihadist Psychopath, which unveils how the Leftist-Islamic matrix masks itself in victimhood while being the actual abuser and perpetrator. Order the book: HERE.

The ‘Hate-Crime’ Victims Of Trump Who Weren’t.
The deranged fantasy world of the totalitarian cry-bully.
By Jamie Glazov
Daily Caller, November 18, 2016.

To gain power, totalitarian movements always portray themselves as victims. And while they are in the process of abusing, they cry in front of the world posing as the abused. They stage “hate-crime” attacks against themselves because hate crimes are their political and cultural capital. When those hate-crimes don’t exist, they must be invented.

We are witnessing precisely this phenomenon at this very moment in regards to the myriad hoax “hate-crimes” that anti-Trump forces are manufacturing out of thin air and blaming on Trump supporters. The media are bolstering the entire hallucination process, with CNN leading the way.

Central to the whole narrative is the supposed “Islamophobic” anti-Muslim crime-wave sweeping the nation. The rumors spread and the media regurgitates the lies without any evidence to back them up. And then, after the hoaxes are debunked one by one, the media is, by that time, bored and no longer interested.