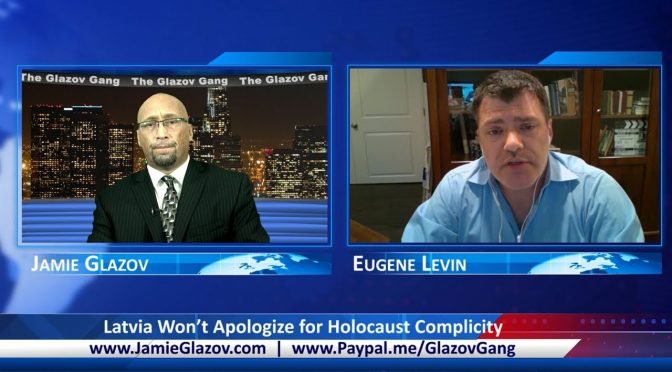 Eugene discusses Latvia Won’t Apologize for Holocaust Complicity, in the context of his new film that unveils the horrific and undeniable truth.

And make sure to watch Eugene discuss his new film and the Collaboration with Nazis in the Baltic States, unveiling the horrific truth about Baltic complicity in the Holocaust.

It is the interview from which the above clip is taken: