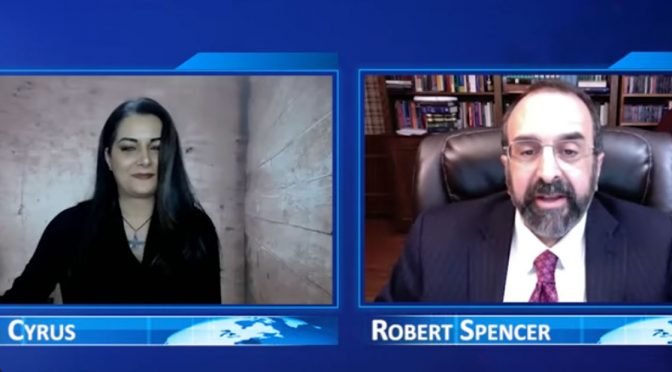 This new webinar featured Robert Spencer, the director of Jihad Watch and a Shillman Fellow at the David Horowitz Freedom Center.

Robert discussed Iran: What Has Happened, and What Is Next?,  focusing on The assassination of Iran’s top nuclear scientist, Mohsen Fakhrizadeh, and how it was followed quickly by the drone killing of Islamic Revolutionary Guards commander Muslim Shahdan.

And make sure to watch our three previous webinars with Daniel Greenfield, Rich Higgins and Bill Warner.

[1] Daniel Greenfield: American Coup — The Democrats, Big Tech, and the media conspired to steal an election and silence half the country.

[3] Bill Warner: Free Speech in the 21st Century — Are we seeing the literal collapse of our civilization?

2 thoughts on “Robert Spencer Video: Iran – What Has Happened, and What Is Next?”