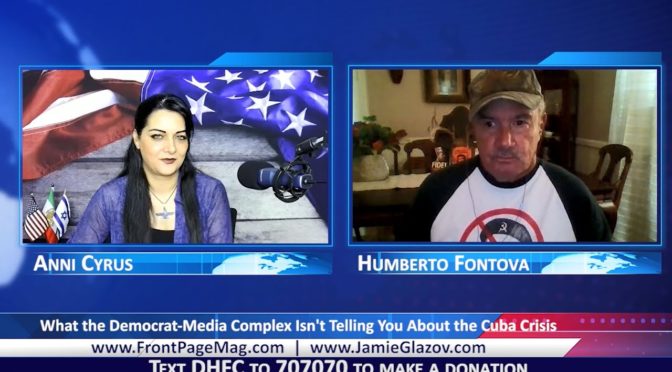 This new webinar features Humberto Fontova, the author of “Fidel: Hollywood’s Favorite Tyrant,” “Exposing the Real Che Guevara and the Useful Idiots Who Idolize Him” and “The Longest Romance; The Mainstream Media and Fidel Castro.”

Humberto was born in Havana Cuba in 1954 and escaped Castro’s revolution with his family in 1961. They were accepted in the U.S. as political refugees while his father remained jailed in Cuba as a political prisoner. Humberto’s father was eventually released and today– at 94 years old—hunts and fishes regularly with his children and grandchildren. Humberto holds a B.A. in Political Science from the University of New Orleans and an M.A. in Latin American Studies from Tulane University. He is

Humberto discusses What the Democrat-Media Complex Isn’t Telling You About Cuba, explaining Why Americans aren’t getting the truth.

And make sure to watch our last three webinars with Bruce S. Thornton, Dr. Charles Jacobs and Dov Hikind.

[1] Bruce S. Thornton: Woke Zombies – how today’s leftist intellectuals are recycling bad ideas that for fifty years have been nurtured in America’s universities before infiltrating our politics, culture, and K-12 schools.