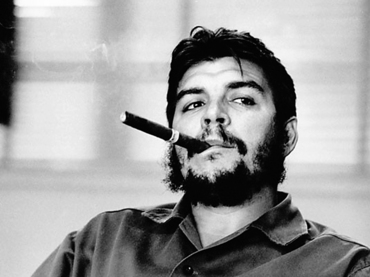 Under the guidance of general director Irina Bokova, a Bulgarian socialist politician and daughter of the adamant communist ideologue Georgi Bokov, editor-in-chief of “Rabotnichesko Delo,” the party daily newspaper during Todor Zhivkov’s dictatorship, UNESCO recently decided to add hundreds of manuscripts by Ernesto “Che” Guevara to the Memory of the World Register. In so doing, Mme Bokova and the organization she runs pay tribute to an ideological adventurer directly involved in the establishment of the Cuban totalitarian state and its secret police. “Che” Guevara hated the US, liberal values and whatever an open society means. He lionized guerrilla fighters as “killing machines” and was himself a killing machine. How would the world respond to a similar decision regarding the manuscripts of a Nazi leader, say Alfred Rosenberg? The answer is in the question. Double standards regarding the mass crimes of the two totalitarian experiments (fascism and communism) remain a shockingly disgraceful feature of our times.

There are topics that, whether we like it or not, remain disturbingly timely. Among these is the phenomenon of the problematic, often adversarial, relationship between the contemporary Left and democratic capitalism, the U.S., Israel and the universality of human rights. Political thinker Jean-Francois Revel wrote about the anti-American obsession rampant among French leftist intellectuals. Historian Robert Wistrich and philosopher Bernard-Henri Levy have identified a mounting and frequently vicious anti-Semitism within the Left. A fierce and courageous book, United in Hate, by Dr. Jamie Glazov, Frontpagemag.com editor, political commentator and historian, is a call for clear-mindedness in our dangerous times. It is a successful effort to demystify some people’s enduring attraction to dictators, pseudo-redeemers, myth-makers, and political mountebanks. Published a few years ago, United in Hate, a scathing encyclopedia of foolishness, is as timely and compelling as ever.

Glazov revisits some of the most notorious and tragic chapters in the history of Western gullibility, including the case of Walter Duranty, the “New York Times” Moscow correspondent during the Great Famine and the purges of 1936-1939 — about which Duranty knew everything but chose to lie. He denied that millions were starved to death by Stalin’s police state, and he endorsed (as did the U.S. Ambassador to Moscow, Joseph E. Davies), the Stalinist show trials. Unlike William E. Dodd, the U.S .ambassador to Nazi Germany, who despised and lambasted Hitler’s criminal regime, Davies accepted and even endorsed Stalin’s propaganda and regarded the victims of the Great Purge as genuine saboteurs and spies. In his memoir, “Mission to Moscow,” made into a Hollywood hit during the war, Davies glamorized Stalin’s tyranny as a popular regime. Mass terror was glossed over and the Davieses maintained cordial relations with Stalin’s clique.

At the Hillwood Collection in Washington one can see a superb Russian vase received as a gift by the Ambassador’s then wife, millionaire Marjorie Merriweather Post, from Madame Molotov, Polina Zhemchuzhina. An uninformed visitor would have no idea that the object was most likely the result of Bolshevik plundering of Russian old fortunes and that Mme Molotov was herself arrested in the late 1940s, tried and deported to the Gulag as a Zionist agent. The Molotovs’ grandson, political commentator Vyacheslav Nikonov, is, incidentally, one of Vladimir Putin’s chief propagandists.

People such as Duranty indulged in lying to themselves and to others; these lies enabled political corruption of an untold scale to go not only unchecked but protected. The story of intellectual treachery, as disquietingly told by Glazov, continued during and after World War II. Cassandras such as George Orwell and Arthur Koestler were dismissed as “war-mongers.” The philosopher Jean-Paul Sartre proclaimed: “L’anticommuniste est un chien” (“The anticommunist is a dog”). Great minds such as Albert Camus and Raymond Aron were disparaged.

Whoever thinks that the collapse of the Soviet empire during the revolutionary upheaval of 1989-1991 ended this infatuation with abuse in the service of a fantasy Utopia was mistaken. Anti-Westernism, and Anti-Americanism, possibly out of frustration that the West falls short of “perfection,” remains a galvanizing force for all those who resent the rule of law, democratic procedures, humanistic values, and critical thinking.

The European Left, echoed by many in the US, sees the global terrorist threat as a paranoid delusion meant to justify US world supremacy. Free elections in Iraq were dismissed as a mere electoral window-dressing. Distinguished university professors accepted to serve on Qaddafi’s son’s (and then heir apparent) doctoral dissertation committee at the London School of Economics. The very idea that human rights are universal is often decried as a lack of sensitivity regarding “local traditions” in China and other police states.

Anti-Americanism has become an ideological cement uniting groups and movements of various persuasions. It blends with traditional Judeophobic myths in a conglomerate of resentment. Glazov explores the mind of individuals such as Noam Chomsky for whom Israel is the great villain of our time, allegedly an “imperialist puppet,” whereas Hamas and other terrorist groups belong to the progressive wave of the future. Glazov’s encyclopedia of lethal misguidedness shows how Stalinists and Fascists closed ranks as ideological brothers in their inextinguishable hostility to freedom. The social scientist Albert Hirschman once wrote that shared hatreds make for strange bed fellowships. Glazov’s analysis of the Stalino-Fascist Baroque once again illustrates the truth of this view.

Unfortunately, the illusions of the radical leftists continue to misinform much of the public discourse in the West, including efforts to blame the U.S. for war and every misfortune from AIDS to global warming. Instead of seeing Islamism as an heir to the totalitarian movements of the last century, many leftists prefer to find justifications for the anti-Western anger they dispense.

Glazov highlights in an unsparing, well- documented way the endless hypocrisy, double standards, and sheer irresponsibility of the latter-day Leninists. They are ready to walk in the steps of the Marxist poet and playwright Bertolt Brecht’s and acclaim any crime, merely because they execrate diversity, market forces, separation of powers, accountability, equal justice under law, free expression and other Western values. For the leftists analyzed by Glazov, these values are nothing but an ideological camouflage for capitalist (plutocratic) domination. Former Red Brigades theorists like philosophy professor Antonio Negri receive paeans for their anti-“Empire” diatribes.

For these revolutionary oracles, radical Islam and Palestinian terrorism are purifying forces, catalysts of the “Great Refusal” (a term dear to Herbert Marcuse, once the guru of the counter-culture), whereas liberal capitalism is rotten, worthy only of being smashed. Unfortunately, such ideas are infectious and seem to have poisoned the minds of many young people in post-communist countries. Attacking capitalism as soulless, inhuman, mercantile, and philistine has become, once again, a favorite enterprise of the intelligentsia.

Glazov was born to a Russian dissident family who, after years of harassment, left the Soviet Union for the West. In 1968, his father, Yuri Glazov, a distinguished scholar, had signed “The Letter of the 12” to protest the Soviet regime’s abysmal human rights abuses. For the Glazovs, as for other members of the beleaguered dissident communities in East-Central Europe (the USSR included), the term “Free World” had a very concrete meaning. So did the concept of totalitarianism –repudiated by many Western social scientists convinced that communist regimes could reform and reconcile with pluralism. Communism is intrinsically monopolistic, inimical to the free expression of values, opinions, political choices. In fact, communism cannot be really reformed in terms of political institutions. As East Europeans dissidents used to say: “There is no communism with a human face, but only totalitarianism with broken teeth.” This is the meaning of human rights activist, political thinker, and poet Liu Xiaobo’s “Charter 2008,” a manifesto for political and intellectual freedom the Chinese leaders hated intensely and led to Liu’s arrest and imprisonment.

Glazov’s book identifies the current dangers and calls for moral clarity and political alertness. In the tradition of Eric Hoffer’s “The True Believer,” he offers an important analysis of nihilistic revolutionary passions rooted in frustration, resentment, rage, desperation, and ideological frenzy. He shows how utopian fanaticism remains a main feature of our times and how it mobilizes anti-Western ideologies and movements. His book should be read by all those who hold dear the value of liberty.

Vladimir Tismaneanu is professor of politics at the University of Maryland (College Park) and author most recently of “The Devil in History: Communism, Fascism, and Some Lessons of the Twentieth Century” (University of California Press, 2012). Special thanks to Nina Rosenwald for her excellent editorial suggestions.

2 thoughts on “Vladimir Tismaneanu’s Review of “United in Hate”: The Politics of Resentment”