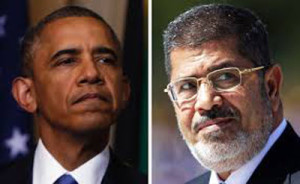 Prof. Melcuk joined the Gang to discuss The Obama-Morsi Deal? The discussion took place in Part II (beginning at the 7:00 mark) and focused on the reports in the Arabic media that the U.S. president made a secret agreement with the Brotherhood on the Sinai. [See also Daniel Greenfield’s report on how Muslim Brotherhood Leader’s Son Claims MB is Blackmailing Obama with “Evidence That Could Put Him in Prison”] The segment also dealt with The Goals of Obama and The Dark World of Vladimir Putin.

In Part I, Melcuk discussed his own battle against the Soviet empire and gave tribute to the fight for freedom bravely conducted by Russian dissidents, including Andrei Sakharov, Vladimir Bukovsky, Valentin Turchin and many others.

One thought on “The Obama-Morsi Deal? — on The Glazov Gang”