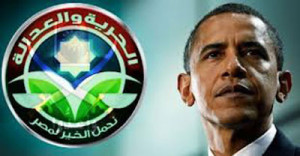 This week’s Glazov Gang was joined by Morgan Brittany, a Conservative TV and Movie Star, Dwight Schultz, a Hollywood Actor and Tiffany Gabbay, National Development Director at the Freedom Center.

The Gang gathered this week to discuss Barack’s Brotherhood Bond. The discussion occurred in Part II and analyzed the unfolding events in Egypt — and Obama’s siding with the Islamists.

In Part II, the Gang discussed The Betrayal of Navy SEAL Team 6, shedding disturbing light on how the Obama administration fingered — and marked for death — the American heroes who killed Osama.