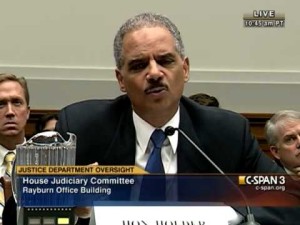 To order Jamie Glazov’s United in Hate: The Left’s Romance With Tyranny and Terror, click here.

In this special episode of The Glazov Gang, Josh Brewster interviewed the host of the show, Frontpage’s editor Jamie Glazov.

In the two-part video interview below, Brewster speaks with Glazov about Jihad Denial. The discussion focuses on Jamie’s critically-acclaimed United in Hate, his latest book High Noon For America: The Coming Showdown, his family’s struggle for freedom, David Horowitz’s work and influence, and much more.

In Part I, the discussion focuses on Jamie Glazov’s parents’ dissident activity in the former Soviet Union and how it molded his battle against the Left.

Part II deals with Jamie’s United in Hate, his new book, High Noon For America: The Coming Showdown, why progressives can’t accept the truth about Islamic supremacism, the legacy of Alexander Solzhenitsyn and David Horowitz’s priceless contribution to fighting the Left.

Both parts of the two part series are below:

One thought on “Jihad Denial — on The Glazov Gang”