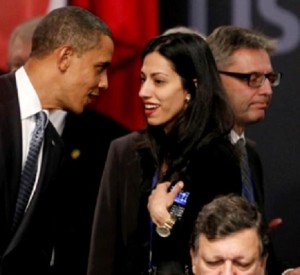 This week’s Glazov Gang was joined by Walid Shoebat, the former Muslim Brotherhood terrorist who turned to love and Christianity. He exposes Huma Abedin’s Brotherhood Network (starts at the 4:40 mark), the Obama administration’s Islamist odyssey, and terror links of Obama’s brother, Malik Obama. He also makes The Case for Islamophobia, and much, much more: