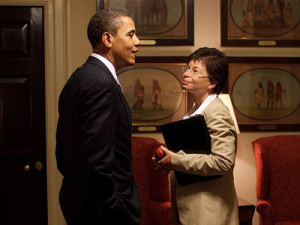 This week’s Glazov Gang was joined by Karen Kenny, Founder of the San Fernando Valley Patriots, John Duffy, a Film Producer from the Bronx, and Kai Chen, the author of One In A Billion: Journey Toward Freedom.

(See Karen Kenny’s testimony before the Ways and Means Committee in Washington, DC on June 4, 2013 regarding the IRS scandal here).

The Gang discussed How The Left Formulates Our Vocabulary. The discussion occurred in Part II and focused on how Americans are allowing Obama’s assault on America’s founding principles. The dialogue also shed light on Obama’s Rejection of the American Dream, ObamaCare’s Doom of Destruction, and much, much more.

In Part I, the Gang focused on The IRS’ Witch Hunt Unveiled, as Karen Kenny of the IRS-targeted San Fernando Valley Patriots told a disturbing tale. Kai Chen went on to talk about his journey out of tyrannical China, while John Duffy shared his journey into and out of Maoism and the tyrannical world of the Black Panthers.

One thought on “How The Left Formulates Our Vocabulary”