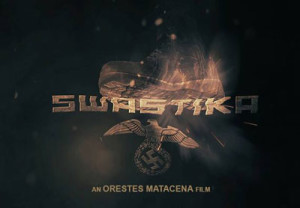 This week’s Glazov Gang was joined by John Duffy, a Film Producer from the South Bronx, Ann-Marie Murrell, the National Director of PolitiChicks.tv, and Orestes Matacena, a Filmmaker whose latest project is SwastikaTheMovie.com, dedicated to the memory of the Jewish resistance in the streets of Warsaw in WWII.

The Gang gathered this week to discuss Orestes Matacena’s new film project, SwastikaTheMovie.com. The discussion occurred in Part I and focused on Matacena’s goal to pay tribute to all those who fought in the resistance against the Nazi occupation in Europe, the Middle East and Africa during WWII.

The Gang discusses why the lessons of that resistance are so crucial for our generation to grasp — as we confront IslamoFascism and the Obama administration’s destructive agenda.

The segment ended with a focus on ObamaCare’s Website Disaster:

In Part II, the Glazov Gang members shared their personal journeys in confronting the totalitarian faith.

The segment ended with their analysis of Obama’s War on America and how Americans can best safeguard their freedoms: