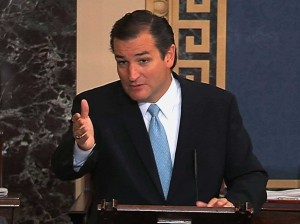 This week’s Glazov Gang, hosted by Michael Finch, the Freedom Center’s Chief Operating Officer, was joined by Mark Vafiades, the Chairman of the Republican Party of Los Angeles County, Dr. Karen Siegemund, Founder of Rage Against the Media and Orestes Matacena, a Hollywood filmmaker and actor.

The Gang gathered to discuss The Hero of 2013. The discussion occurred in Part II (starting at the 13:17 mark) and gave respect to the warrior who stood out amongst all others in his stand for freedom.

The episode also focused on Freedom vs. Security, 2013: Year of the Scandals, and Predictions for 2014.