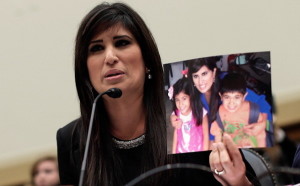 This week’s Glazov Gang was hosted by Ann-Marie Murrell, the National Director of PolitiChicks.tv and joined by Dwight Schultz, a Hollywood Actor, and John Duffy, a Film Producer from the Bronx.

The Gang gathered to discuss Why Obama Won’t Call Saeed Abedini’s Wife. The discussion occurred in Part II and focused on how this administration is enabling the persecution of Christians in the Islamic world.

The episode also analyzed Stop Giving Obama Radicals the Benefit of the Doubt, Michelle Obama Sees Jane Fonda as a Role Model, How Obama Brought the Muslim Brotherhood into the Government, The Mullahs Say They Didn’t Agree to Anything, and much, much more.