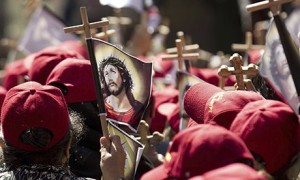 This week’s Glazov Gang episode was joined by Walid Shoebat, a former Muslim Brotherhood terrorist who turned to love and Christianity. He is the author of his most recent book The Case for Islamophobia and heads the organization RescueChristians.org.

He joined the program to discuss Islamic Human Slaughterhouses for Christians:

Don’t miss this week’s second episode with Ronn Torossion, the Founder, President and CEO of 5W Public Relations, one of the 25 largest independent American PR firms, which was named PR Agency of the Year by the American Business Awards.

He joined the program to discuss Welcome Hip-Hop into the Conservative Tent: