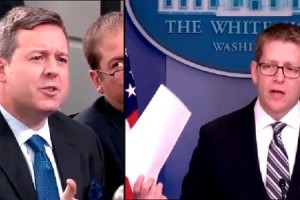 They joined the show to discuss Declassified Email Confirms Benghazi Cover-Up (starts at the 29:35 mark). The discussion was preceded by an analysis of The Real Apartheid John Kerry Won’t Name, John Kerry’s Jewish Best Friends, Is Holding Lois Lerner in Contempt Un-American?, How Conservatives Must Fight, and much, much more: