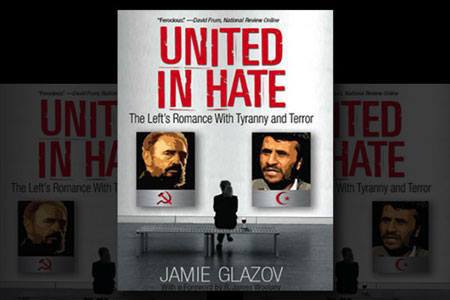 In the two-part video interview below, Josh Brewster talks to Frontpage’s editor about his critically-acclaimed United in Hate, his new book High Noon For America: The Coming Showdown, his family’s struggle for freedom, David Horowitz’s work and influence, and much more.

In Part I, the discussion focuses on Jamie Glazov’s parents’ dissident activity in the former Soviet Union and how it molded his battle against the Left. Part II deals with Jamie’s United in Hate, his new book, High Noon For America: The Coming Showdown, the legacy of Alexander Solzhenitsyn and David Horowitz’s contribution to freedom.

Both parts of the two part series are below: