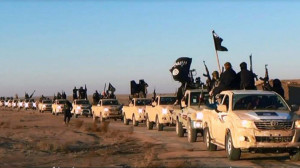 This week’s Glazov Gang was joined by Daniel Greenfield, a Shillman Journalism Fellow at the David Horowitz Freedom Center. He writes the blog, The Point, at Frontpagemag.com.

Mark discussed, “Our Fear of Islam,” analyzing the different psychological mechanisms the West is now engaged in its surrender to a totalitarian ideology, which includes the “Tend and Befriend” response. The dialogue also involved a focus on Islamic female genital mutilation and the world’s denial about its Muslim theological foundations: