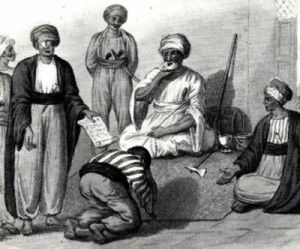 This week’s Glazov Gang was joined by Dr. Mark Durie, a theologian, human rights activist, pastor of an Anglican church, and an Associate Fellow at the Middle East Forum.

Mark discussed, “Our ‘Tend and Befriend’ Response to Jihad,” analyzing how Islamic terror has traumatized the West into psychological slavery. The dialogue also focused on Islamic Female Genital Mutilation (FGM) and the world’s denial about its Muslim theological foundations:

Don’t miss this week’s second Glazov Gang edition, joined by Daniel Greenfield, a Shillman Journalism Fellow at the David Horowitz Freedom Center. He writes the blog, The Point, at Frontpagemag.com.