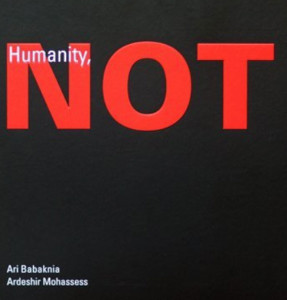 This Week’s Glazov Gang was joined by Dr. Ari Babaknia, an Iranian-born doctor who wrote and published a 4-volume book in Farsi “The Holocaust” (which in English is “Humanity, NOT”). He came on the show to discuss “Humanity, NOT,” which takes an in-depth look, in words and images, at the captured emotions of the victims, perpetrators, bystanders, and survivors of the Holocaust, told in their own words.

Dr. Babaknia focuses on the evil of genocide and when silence is not an option:

Don’t miss this week’s second episode with Civil Rights Activist Ernie White who is one of the organizers of the pro-American demonstrations in Murrieta. He came on the show to discuss The American Patriots of Murrieta, shedding light on the invasion on our southern border, Obama’s role in the catastrophe, the grassroots activism of patriots in Murrieta, and much, much more: