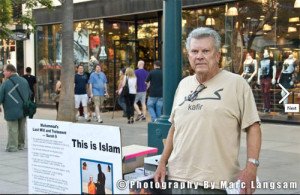 Don’t miss the Glazov Gang‘s second episode this week with Nonie Darwish, the author of The Devil We Don’t Know.

Nonie came on the show to discuss Tricking and Dividing the Muslim World, analyzing the best strategies to confront and outsmart our enemy in the terror war. She also focused on Not Destroying the Islamic State, explaining why Obama does not really want to defeat ISIS and why we don’t see any “moderate” Muslim armies killing ISIS terrorists.

One thought on “The Counter Jihad Coalition Hits the Streets of L.A. — on The Glazov Gang”