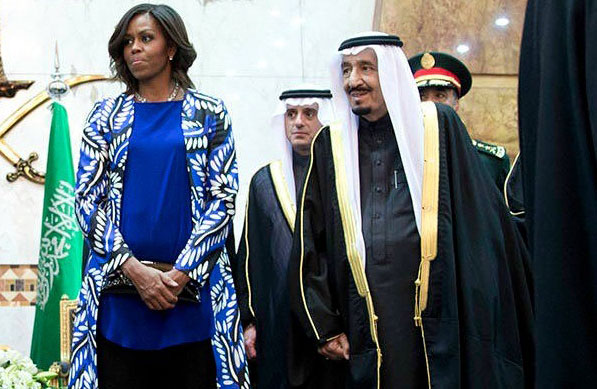 The Gang discussed Michelle Obama’s “No” to Hijab in Riyadh, analyzing the significance of the First Lady taking a pass on Islamic head-covering in Saudi Arabia. The guests also focused on Hijab Day at NP3 High School, Islam — A House of Cards?, A Day in the Life of Sharyl Attkisson and much more.

Don’t miss Jamie Glazov discuss his battle on Hannity against the Unholy Alliance and the mechanisms of Jihad-Denial: