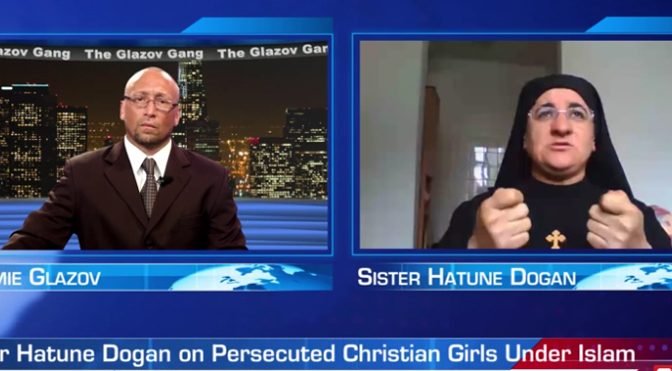 This week’s episode of The Glazov Gang was joined by Sister Hatune Dogan, a Syrian Orthodox nun taking care of persecuted Christians and refuges in Iraq and throughout the Islamic Middle East. Visit her site at Hatunefoundation.com.

Sister Hatune discussed taking care of Christian girls who have been maimed and mutilated by Islamic Jihad, why Islam wages war on Christians, women and all non-Muslims, how ISIS is Islam, the threats to her own life, and much, much more: