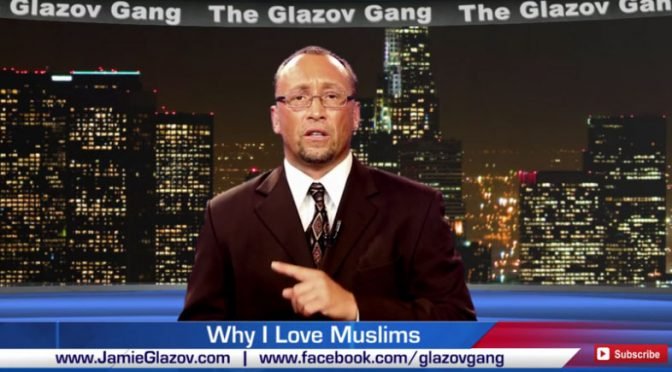 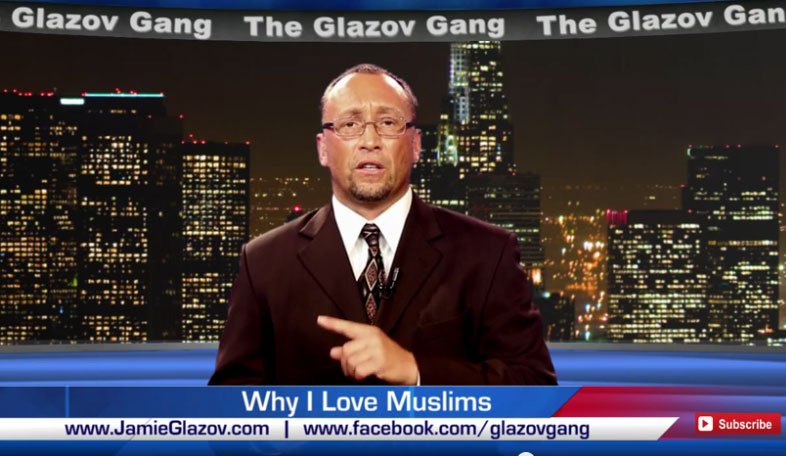 In this first segment of The Glazov Gang‘s new feature, The Jamie Glazov Moment, Jamie discusses “Why I Love Muslims,” emphasizing why it is so important for freedom-loving people to stress that the threat facing western civilization is Islam the ideology, rather than a group of people.

He points out that the Left has set up constricted boundaries of discourse in which it smears heroic opponents of Jihad as haters of all Muslim people — which is a slanderous and destructive lie. Conservatives must make the argument more effectively that there are obviously many good Muslim people who do not engage in Jihad or want Sharia, but that the problem is that they are considered bad Muslims by Islam itself.

If liberty-supporters do not break through this leftist lie that dominates our government and culture — a lie that blinds people  from the Islamic roots of Jihad — then the West will remain incapacitated in defending itself.

And don’t miss The Glazov Gang’s  special edition with Mona Walter, a Christian convert from Islam. She came on the show to discuss her mission of rescuing Muslims from the chains that bind them.

4 thoughts on “Jamie Glazov Moment – “Why I Love Muslims.””