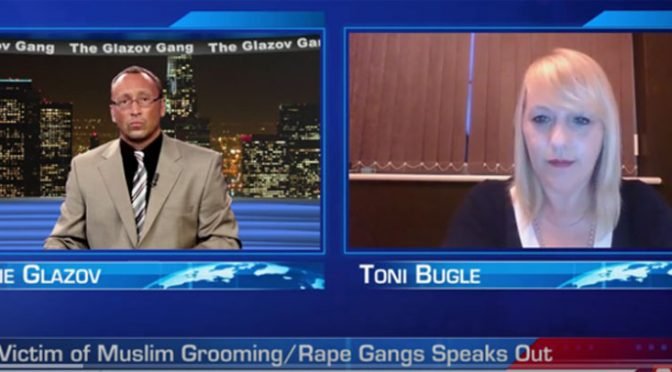 This special episode of The Glazov Gang was joined by Toni Bugle, the founder of M.A.R.I.A.S. (Mother’s against Radical Islam and Sharia).

She came on the show to discuss her victimization at the hands of Muslim Grooming/Rape Gangs — and her efforts to help victims and to protect future potential victims of a barbaric ingredient of Islamic Jihad.

And make sure to watch the special episode of The Glazov Gang that was joined by Steve Emerson, the Executive Director of The Investigative Project on Terrorism.