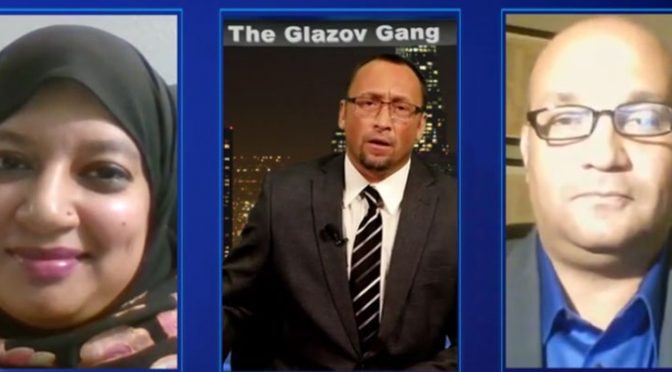 This special edition of The Glazov Gang was joined by Saba Ahmed, an Islamic Lobbyist with the Republican Muslim Coalition, and Mark Christian, a former Islamic Imam who is now the president of the Global Faith Institute.

The two guests went toe-to-toe about women’s rights under Sharia and Ben Carson’s comments about Islam.

And make sure to watch The Glazov Gang debate joined by Anjem Choudary, a London Imam, Robert Spencer, the Director of JihadWatch.org, and Dr. Zuhdi Jasser, the Founder and President of the American Islamic Forum for Democracy.

13 thoughts on “Islamic Lobbyist Saba Ahmed vs. Ex-Islamic Imam Mark Christian on “Ben Carson and Islam” — on The Glazov Gang”