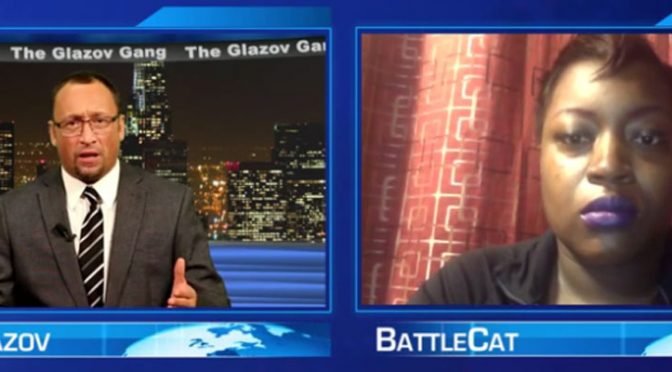 This new  edition of The Glazov Gang was joined by BattleCat, a pro-American activist whose  videos can be seen on her YouTube Channel BattleCat Avenger.

BattleCat came on the show to discuss Obama’s Islamic and Racist Agenda. She called out the Radical-in-Chief on the malice behind his efforts to flood the U.S. with Muslim refugees and immigrants without any screening, to pour fuel on the fire of racial tensions in the nation, to aid and abet myriad enemies of American freedom and security, and much, much more.

And don’t miss the new Jamie Glazov Moment in which Jamie discusses Ben Carson: Heroic Truth-Teller About Islam, commending a courageous American for having the guts to lift the veil off of Sharia.