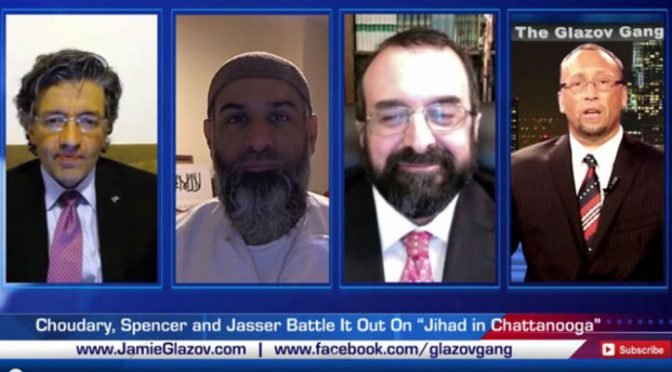 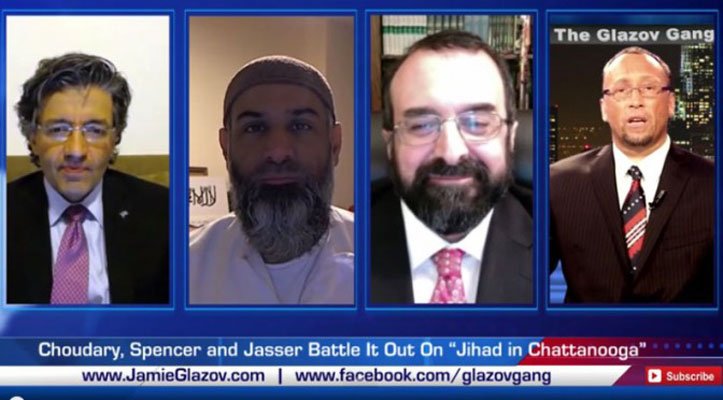 This year’s Glazov Gang 2015 Episode of the Year Award goes to two special episodes — each of them that captivated audiences around the world.

One of the winners was a BLOCKBUSTER debate between Anjem Choudary, a London Imam, Robert Spencer, the Director of  JihadWatch.org, and Dr. Zuhdi Jasser, the Founder and President of the American Islamic Forum for Democracy. The three guests came on the show to discuss “Jihad in Chattanooga.”

We present this winning episode, “Jihad in Chattanooga,” below.

We will run the other Glazov Gang 2015 episode award winner in the coming days. The Glazov Gang team also extends special thanks to all of our guests, viewers and supporters and wishes all of them a happy, healthy and successful new year.

And don’t miss the runner-up to this Glazov Gang 2015 Episode of the Year Award. This episode was another BLOCKBUSTER debate joined by Saba Ahmed, an Islamic Lobbyist with the Republican Muslim Coalition, and Nonie Darwish, an ex-Muslim who is the author of The Devil We Don’t Know.

One thought on “Glazov Gang’s 2015 Episode of The Year: Choudary, Spencer and Jasser Battle It Out On “Jihad in Chattanooga””