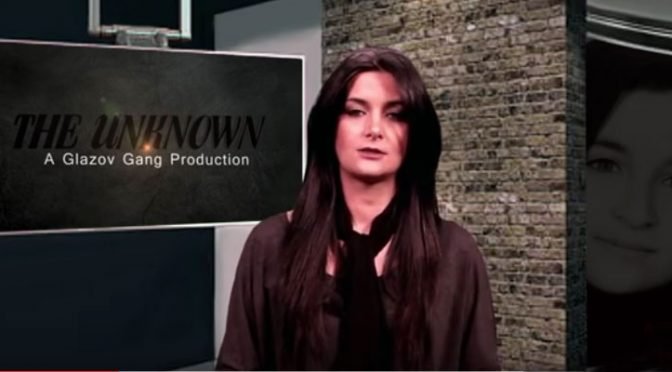 This year’s Glazov Gang 2015 Episode of the Year Award goes to two special episodes — each of which captivated audiences around the world.

One of the winners was an episode of Anni Cyrus’s feature The Unknown, which focused on To Be Raped Under Islam. In this edition, Anni revealed the horror she endured under the Islamic Republic — and how she prevailed and is fighting back.

We present this winning episode below.

The other Glazov Gang 2015 episode award winner ran several days ago: The BLOCKBUSTER debate between Anjem Choudary, a London Imam, Robert Spencer, the Director of  JihadWatch.org, and Dr. Zuhdi Jasser, the Founder and President of the American Islamic Forum for Democracy. The three guests debated “Jihad in Chattanooga.” To watch it, CLICK HERE.

And don’t miss the runner-up to this Glazov Gang 2015 Episode of the Year Award. This episode was joined by Ingrid  Carlqvist, the Editor-in-Chief of Dispatch-International.com. She discussed Islam’s Rape of Sweden, shining a frightening light on the Muslim terror that has maimed her country:

2 thoughts on “Glazov Gang’s 2015 Episode of The Year: The Unknown — To Be Raped Under Islam”