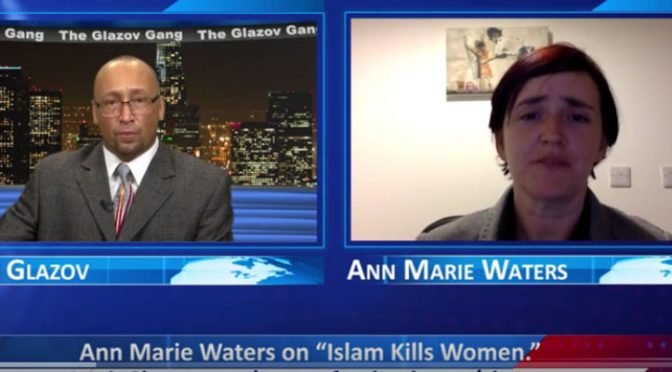 This special edition of The Glazov Gang was joined by Ann Marie Waters, the Director of Sharia Watch UK and deputy leader of Pegida UK.

Ann Marie discussed “Islam Kills Women” — the name of the protest that she will be holding on August 20, 2016 outside the Parliament in Westminster to bring attention to Islam’s oppression of women in the UK and abroad. [For more info on the protest, write Ann Marie via contact@shariawatch.org.uk.]

Ann Marie focused on Islam’s hazardous impact on free speech and women’s rights in Britain and around the world — and the way the government and culture are demonizing truth-tellers on this issue. She also brings attention to the myriad catastrophic consequences that opening borders to vast numbers of men from Sharia environments is having on the UK and the West.