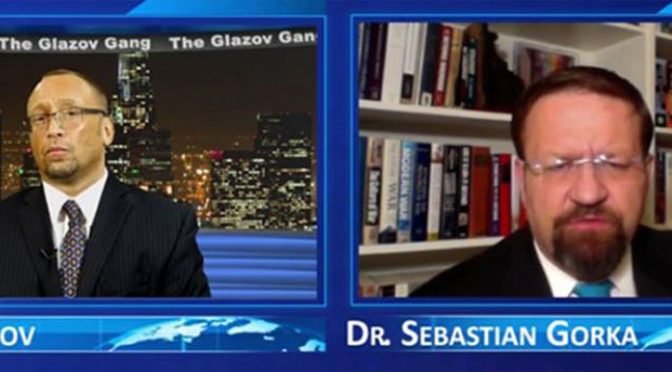 This special edition of The Glazov Gang was joined by Dr. Sebastian Gorka, the author of Defeating Jihad: The Winnable War and Professor of Strategy and Irregular Warfare at the Institute of World Politics.

Dr. Gorka unveils the winning strategy against Jihad, unmasks the Radical-in-Chief, describes the horrific scenario of a Hillary victory, and much, much more.

And make sure to watch the special edition of The Glazov Gang that was joined by Michael Ledeen, the co-author (with Lt. General Michael T. Flynn) of The Field of Fight: How We Can Win the Global War Against Radical Islam and Its Allies. He spent twenty years at the American Enterprise Institute where he held the Freedom Scholar Chair, and now holds a Chair at the Foundation for Defense of Democracies.

Mr. Ledeen came on the show to discuss The Field of Fight, unveiling the Obama administration’s catastrophic handling of the terror war and how the situation can be turned around in America’s favor: