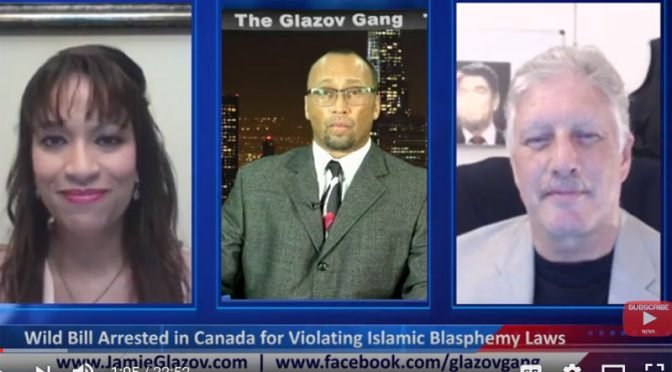 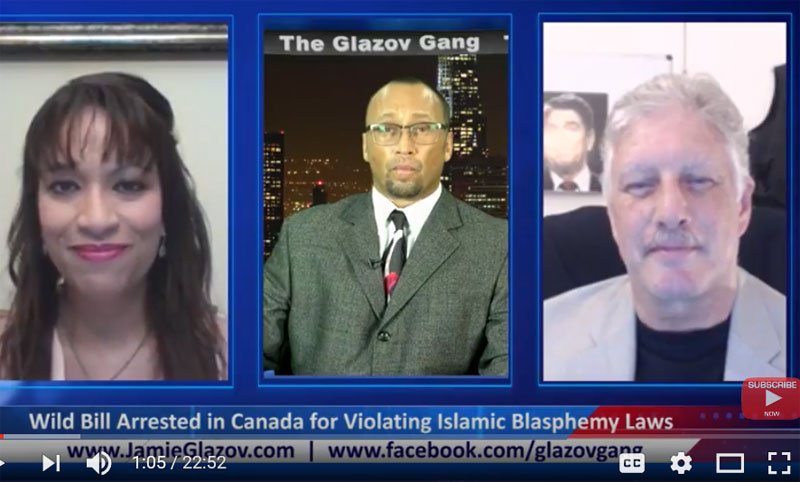 This new special edition of The Glazov Gang was joined by William Finlay, otherwise known as Wild Bill for America at
OutLawsChapel.com, and Christine Williams, a columnist at JihadWatch.org and author of the new book, The Challenge of Modernizing Islam.

Bill and Christine focused on Wild Bill Arrested in Canada for Violating Islamic Blasphemy Laws, shedding a disturbing light on when standing up for the rights of Muslim women under Sharia is criminalized as “hatred.”

And make sure to watch Christine Williams discuss Canada’s Surrender to Islamic Blasphemy Laws?, where she asks: Why exactly is the Canadian Parliament moving Canada toward Sharia?