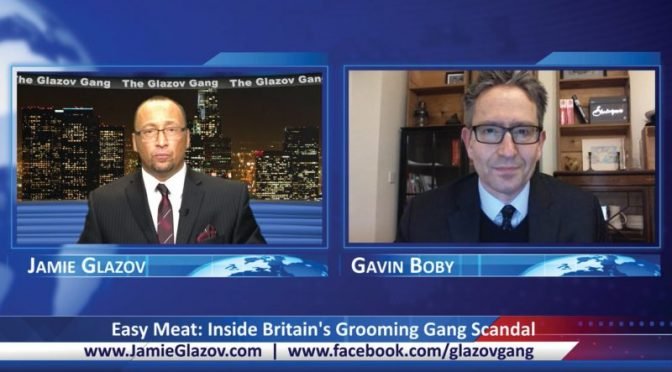 In this new edition of The Glazov Gang,  we are running our special 3-part series with Gavin Boby of the Law and Freedom Foundation. Gavin takes us Inside the Horrifying World of Muslim Rape Gangs, unveiling the Islamic theology that inspires them – and the shameless British cover-up that keeps the gangs and their Islamic motivation hidden from public view.

Part I: Gavin shares his battle against “Muslim Rape Gangs in the U.K.”

Part II:  Gavin takes us “Inside the World of Muslim Rape Gangs”.

4 thoughts on “Glazov Gang: Inside the World of Muslim Rape Gangs”