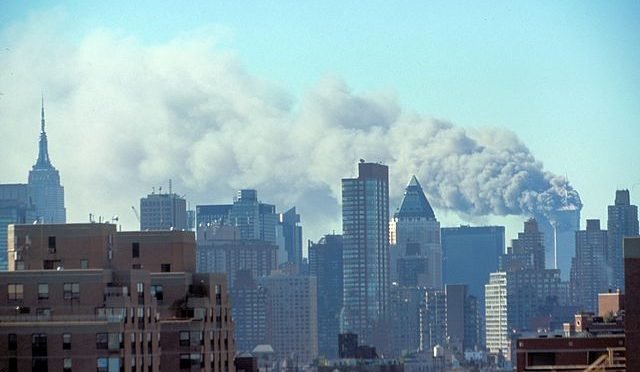 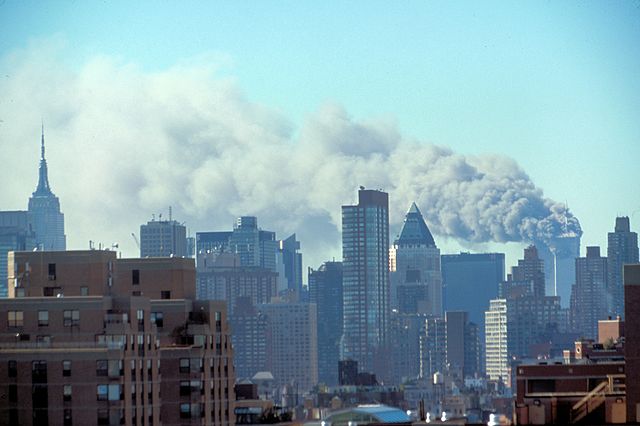 [To get the whole story on why many leftists celebrate Jihadist attacks on America, pre-order Jamie Glazov’s new book, Jihadist Psychopath: How He Is Charming, Seducing, and Devouring Us: HERE.]

Memories of Leftist Glee About 9/11.
How progressives saw poetic justice in planes plunging into U.S. buildings packed with innocents.
By Jamie Glazov

I will never forget how, seventeen years ago on this day, many of the leftists around me in my neighborhood and community had very little trouble expressing their glee about Al Qaeda’ strike on the Twin Towers and the Pentagon.

I had known some of these leftists for years, and after the fall of the Soviet empire in 1989–91 many of them bitterly lamented to me that the “alternative to capitalism” was now gone. A significant number of them retreated into a silent and sullen shell.

Almost overnight, these individuals underwent a miraculous transformation. A bright sparkle could once again be detected in their eyes, as their revolutionary selves came out of a deep slumber. Never had I seen them so happy, so hopeful, and ready for another attempt at creating a glorious and revolutionary future. Without doubt, September 11 represented a personal — and morbid — vindication for them.

The images of the innocent people jumping to their deaths from the Twin Towers evoked no sympathy from these individuals. Instead, they saw only poetic justice in American commercial airplanes plunging into American buildings packed with people. For my leftist acquaintances, the jihadist terror war gave promise of succeeding in a project in which Communism had failed: to obliterate the capitalist system itself. “The U.S. brought this on itself,” they stated repeatedly — and with scornful self-satisfaction.

These disturbing personal encounters I had were a microcosm of the Left’s behavior on the U.S. national scene. In the blink of an eye after the Twin Towers went down, leftists were beating their breasts with eerie repentance for their own government’s supposed crimes and characterizing the tragedy that their nation had just suffered to be some form of karmic justice.

Immediately following the 9/11 attack, leftist academics led with a drum roll. The very next day after the terrorist strike, the Left’s intellectual guru, Noam Chomsky, exonerated the terrorists, stating that the Clinton administration’s bombing of the pharmaceutical plant in Sudan constituted a far more serious terrorist act and warning that 9/11 would be exploited by the United States as an excuse to destroy Afghanistan.

Leftist academics across the country regurgitated Chomsky’s themes, cheering the 9/11 terrorist acts, which they deemed a just retribution for America’s transgressions:

History professor Robin Kelley of New York University stated: “We need a civil war, class war, whatever to put an end to U.S. policies that endanger all of us.”

History professor Gerald Horne of the University of North Carolina asserted that “the bill has come due, the time of easy credit is up. It is time to pay.”

Professor Eric Foner of Columbia University, the renowned Marxist historian, expressed his personal confusion about “which is more frightening: the horror that engulfed New York City or the apocalyptic rhetoric emanating daily from the White House.”

Barbara Foley, a professor of English at Rutgers University, felt 9/11 was a justified response to the “fascism” of U.S. foreign policy.

Mark Lewis Taylor, a professor of theology and culture at Princeton Seminary, thought the WTC buildings were justifiable targets because they were a “symbol of today’s wealth and trade.”

Robert Paul Churchill, a professor of philosophy at George Washington University, rationalized that the terrorist attack was justified:

What the terrorists despised and sought to defeat was our arrogance, our gluttonous way of life, our miserliness toward the poor and its starving; the expression of a soulless pop culture . . . and a domineering attitude that insists on having our own way no matter what the cost to others.

Of course, the infamous Ward Churchill, as we know, outdid all the others, blaming not only Bush and America, but the “little Eichmanns” inside the buildings for the attacks.

Churchill, Chomsky, and their kin on the academic Left were joined by prominent figures in the progressive culture at large. Norman Mailer stepped forward to opine that the suicide hijackers were “brilliant.” In his view, the attack was completely understandable, since “Everything wrong with America led to the point where the country built that tower of Babel which consequently had to be destroyed.”

Oliver Stone affirmed that he saw 9/11 as a “revolt” and compared the subsequent Palestinian celebrations with those that had attended the celebrations in the French and Russian Revolutions. Susan Sontag, meanwhile, held that the terrorist attack was the result of “specific American alliances and actions.”

From the religious camp, Tony Campolo, a leading Christian evangelist who served as one of former President Clinton’s “spiritual advisers,” believed that 9/11 was a legitimate response to the Crusades.

The American flag, a hated symbol to the Left, also became a target: Novelist Barbara Kingsolver was incredulous that her daughter’s kindergarten teacher instructed the students to come to school the next day dressed in red, white, and blue. Nation columnist Katha Pollitt had the same reaction regarding her teenage daughter’s impulse to fly an American flag outside the family home. Pollitt told her that she could “buy a flag with her own money and fly it out her bedroom window, because that’s hers, but the living room is off-limits.” This was, Pollitt explained, because the American flag stands for “jingoism and vengeance and war.”

Similar sentiments were heard throughout Europe as well. The German composer Karlheinz Stockhausen described 9/11 as “the greatest work of art for the whole cosmos.” Dario Fo, the Italian Marxist who won the 1997 Nobel Prize for literature, observed: “The great [Wall Street] speculators wallow in an economy that every year kills tens of millions of people with poverty, so what is 20,000 dead in New York?” [1]

And so, on this sad day, we remember leftists’ eerie and maniacal ecstasy at the images of Americans leaping to their deaths while holding hands — as they jumped from the Towers on 9/11 to escape the burning flames.

And we come to reflect on why the Left celebrated when, on that tragic day, more than 3,000 Americans died.

The Left, at its very core, is saturated with malice and the yearning for the destruction of its own host Democratic-Capitalist society. In that yearning, as I have documented in United in Hate, it automatically sides with America’s totalitarian and terrorist adversaries.

On this 17th Anniversary, let us not forget the victims of 9/11 — and who murdered them. And while we pray for and honor the victims, let us also not forget who celebrated this monstrous crime with delight, mockery and sinister smirks.

[1] All these statements are now on the public record. Paul Hollander has an extensive sampling of them in his Understanding Anti-Americanism: Its Origins and Impact at Home and Abroad, pp. 24–27. For a wide selection of academics who verbalized praise of the 9/11 attacks, see David Horowitz, The Professors: The 101 Most Dangerous Academics in America. Horowitz’s Unholy Alliance also contains a large sampling of leftists’ reactions to 9/11.