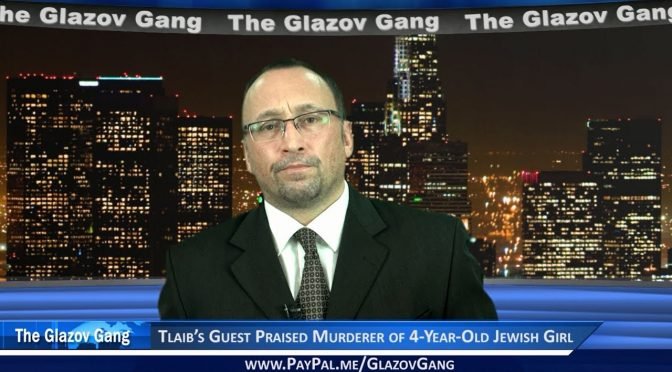 In this new Jamie Glazov Moment, Jamie focuses on Tlaib’s Guest Praised Murderer of 4-Year-Old Jewish Girl, unveiling what the establishment media will never tell you about its new anti-Trump Muslim hero.

Also tune in to watch the new episode of America Can We Talk?, in which host Debbie Georgatos talks to Frontpage Editor Jamie Glazov about his new book, Jihadist Psychopath. Jamie unveils how Islamic Supremacists are charming, seducing and devouring us — and how President Trump offers tremendous hope that the tide can be turned.