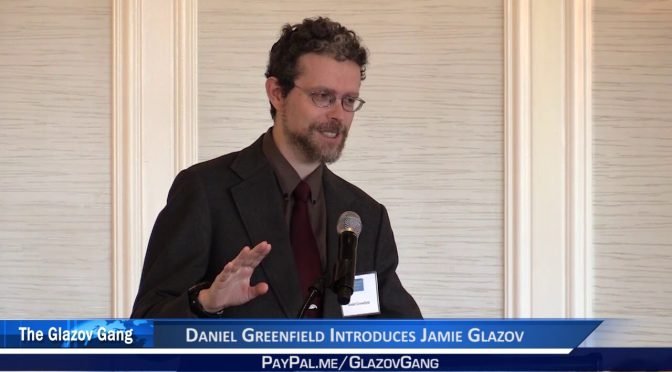 Daniel introduced Jamie right before Jamie’s recent talk at the Freedom Center’s Wednesday Morning Club about his new book. His speech can be seen below: