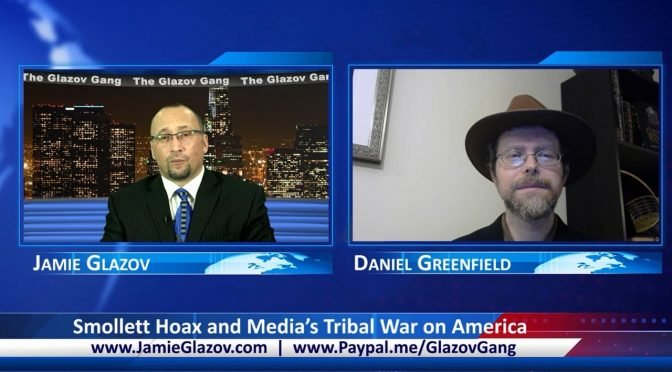 Daniel discusses The Smollett Hoax and the Media’s Tribal War on America, unveiling how and why totalitarian movements portray themselves as victims in order to gain power.

Also watch Jamie’s recent appearance on “Focus Today” on DoveTV, where he reveals Smollet’s Lies and Leftist Hate, shedding light on how the totalitarian Cry-Bully has been exposed for all to see.

One thought on “Glazov Gang: Smollett Hoax and the Media’s Tribal War on America”