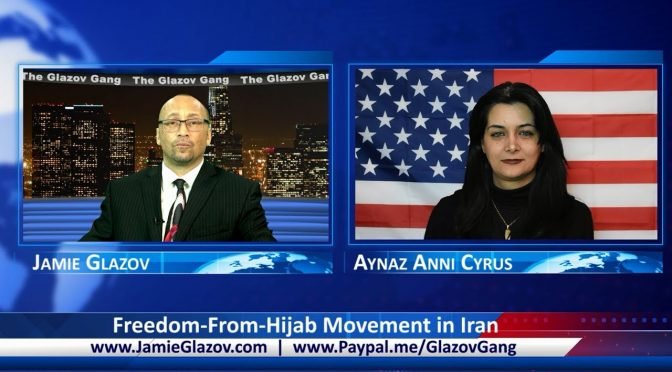 In light of the West’s accelerating surrender to Sharia, which includes the disallowance of truth-telling about the Hijab (i.e. Fox News’ suspension of Judge Jeanine) and non-Muslims’ donning of the Hijab (i.e. New Zealand’s Prime Minister), The Glazov Gang has deemed it urgent to bring attention to the true meaning of the Hijab. It is a meaning that, due to the Unholy Alliance’s control over the boundaries of our discourse, will never be mentioned in our establishment media and higher culture.

Below, make sure to watch our 10-Part Series on The Hijab’s Real Meaning!

Part 1: In Defense of Judge Jeanine.

Part 3: Trying on Hijab and Liberation!

Part 10: What a Woman in Hijab is Really Saying to You.