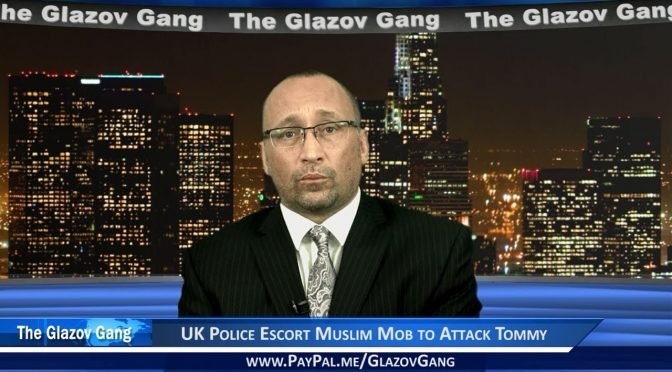 In this new Jamie Glazov Moment, Jamie discusses UK Police Escort Muslim Mob to Attack Tommy, and he sheds a disturbing and tragic light on When Britain died.

And make sure to watch Tommy reveal “If They Murdered Me,” where he exposes how the UK authorities deliberately put him in harm’s way:

Also tune into our special 2-part-series with Tommy, from which the above clip is taken.

In Part I, Tommy discussed his new memoir and his continuing fight against the Islamization of his country. In Part II, he focused on Rotting in Solitary, sharing the excruciating ordeal he has endured in the UK prison system:

Part I: Defending the UK from Islamization.