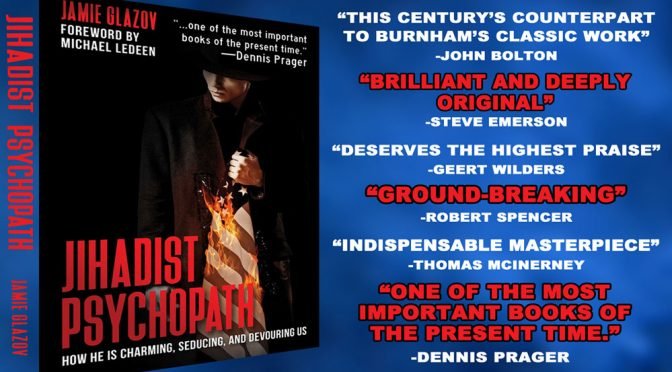 [Order Jamie Glazov’s Jihadist Psychopath: How He Is Charming, Seducing, and Devouring Us.]

We are honored to announce that Jamie Glazov’s new book, Jihadist Psychopath: How He Is Charming, Seducing, and Devouring Us, has received glowing praise from conservative titan, Dennis Prager.

As announced above, and as the front cover of Dr. Glazov’s new book reveals, Dennis Prager has affirmed that Jihadist Psychopath is “…one of the most important books of the present time.”

And make sure to watch Jamie’s appearance on Governor Mike Huckabee’s TBN Show, where he discusses Jihadist Psychopath: How He Is Charming, Seducing, and Devouring Us. Don’t miss it!