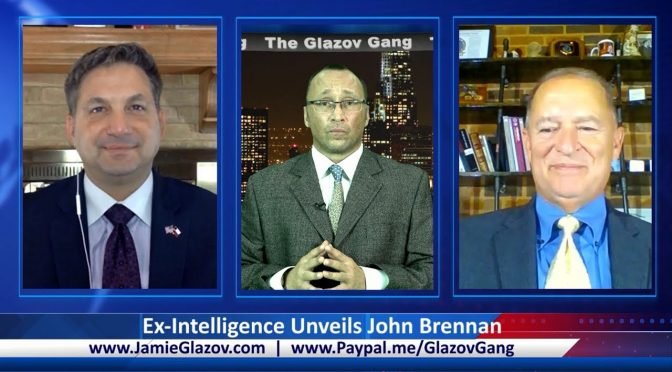 With U.S. Attorney John Durham now investigating former CIA Director John Brennan’s role in the early stages of the Russian investigation, we have deemed it urgent to run our special Glazov Gang episode:  Ex-Intelligence Agents Unveil John Brennan, which featured John Guandolo, an ex-FBI agent and president of Understanding the Threat, and Brad Johnson, a former CIA Station Chief and president of Americans for Intelligence Reform.

John and Brad both unveil The Real John Brennan, exposing The Traitor that the Ex-CIA Director Really Was and Is.

We hope that John Durham and his team will talk to these two truth-tellers to gather what really needs to be known about John Brennan.

And make sure to watch Dan Bongino focus on The Failed Takedown of President Trump, where he reveals the swamp’s vile – and pathetic — hoax.