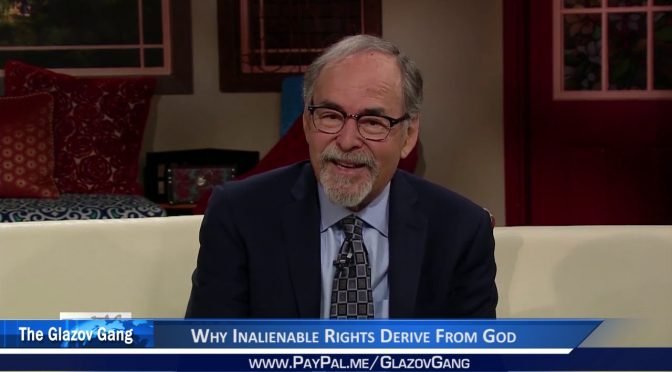 This new Glazov Gang episode features David Horowitz, the founder of the David Horowitz Freedom Center and the author of the new book, Dark Agenda: The War to Destroy Christian America. His new book, Blitz: Trump Will Smash the Left and Win, will be published by Humanix Books later this year.

David discusses Why Inalienable Rights Derive From God, and explains why the Left has contempt for those who believe in him.

And check out the whole interview with David on Real Life below — from which the above clip is taken.

4 thoughts on “Horowitz Video: Why Inalienable Rights Derive From God”