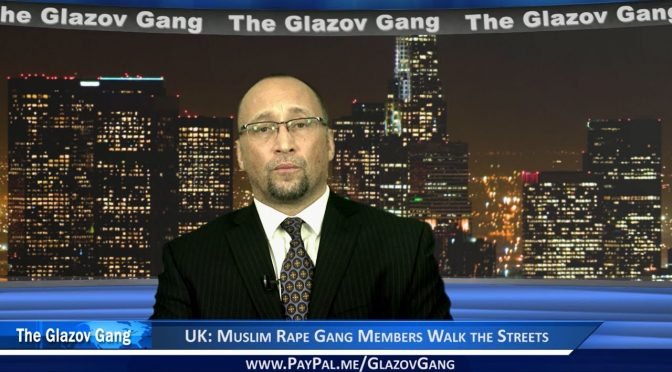 And make sure to watch The Glazov Gang’s special 3-part series with Gavin Boby in which he takes us Inside the World of Muslim Rape Gangs, where he reveals the vicious terror inflicted on kafir girls – and the monstrous cover-up.

Part I: Muslim Rape Gangs in the U.K.

Part 2: Inside the World of Muslim Rape Gangs.