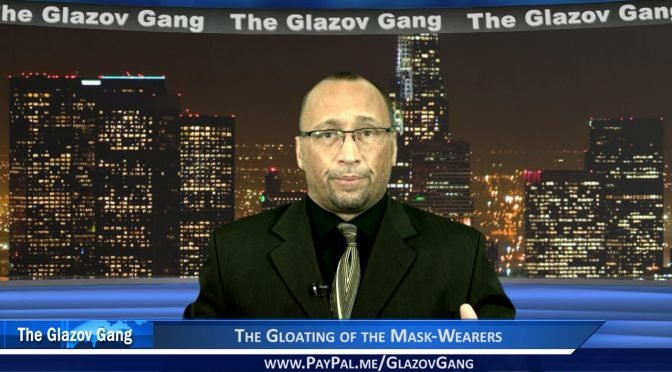 In this new Glazov Gang edition, Jamie sheds a disturbing light on The Gloating of the Mask-Wearers, unveiling the harrowing phenomenon of When being vegan, recycling and supporting illegals is not enough.

And make sure to watch Jamie’s 2-Part-Series on The Witch-Hunts by the ‘Stay-at-Home’ Zealots and Corona and the Serpent’s Lie to Eve:

1. The Witch-Hunts by the ‘Stay-at-Home’ Zealots — Virtue-signaling and shaming in a mass fascist health hysteria.

2. Corona and the Serpent’s Lie to Eve — Suicide in the name of perfection and safety.

One thought on “Glazov Gang: The Gloating of the Mask-Wearers”