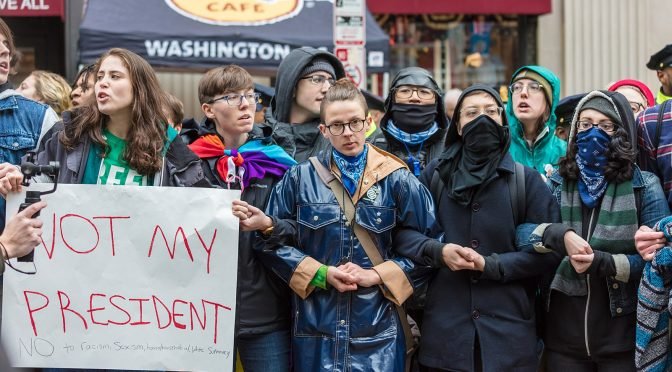 [To get the whole story on the Left’s destructive and suicidal political odyssey, read Jamie Glazov’s ‘United in Hate: The Left’s Romance with Tyranny and Terror’: CLICK HERE.]

Editors’ note: As we witness the Marxist revolution currently transpiring right before our eyes in America, a vital question confronts us: what yearnings lie inside the members of groups such as Black Lives Matter and Antifa — and why do members of the Democrat Party and of the Establishment Media cheer them on? What inspires this violent hatred of America and the ferocious craving to tear it down? These are, without doubt, some of the most pertinent questions of our time. Frontpage Editors have therefore deemed it vital to run, below, an excerpt from Jamie Glazov’s book, United in Hate: The Left’s Romance with Tyranny and Terror. The excerpt is the second chapter, titled ‘The Believer’s Diagnosis’; it explores the progressive believer’s secular faith – and unveils his heart of darkness. Don’t miss this essay.

The Believer’s Diagnosis
“Everything that exists deserves to perish.”
—Karl Marx, invoking a dictum of Goethe’s devil in The Eighteenth Brumaire of Louis Napoléon

In the eyes of Joseph E. Davies, who served for several years as American ambassador to the Soviet Union before the Second World War, no human being merited greater respect than Joseph Stalin. The ambassador spent much time reflecting on why he believed the Soviet dictator deserved the world’s—and his own people’s—heartfelt veneration. He finally realized that the answer had always been staring him square in the face: it was that Stalin’s “brown eye is exceedingly wise and gentle. A child would like to sit on his lap and a dog would sidle up to him.” Leading French intellectual Jean-Paul Sartre discovered a similar truth about his own secular deity, Fidel Castro. “Castro,” he noted, “is at the same time the island, the men, the cattle, and the earth. He is the whole island.” Father Daniel Berrigan, meanwhile,  contended that Hanoi’s prime minister Pham Van Dong was an individual “in whom complexity dwells, in whom daily issues of life and death resound; a face of great intelligence, and yet also of great reserves of compassion . . . he had dared to be a humanist in an inhuman time.”