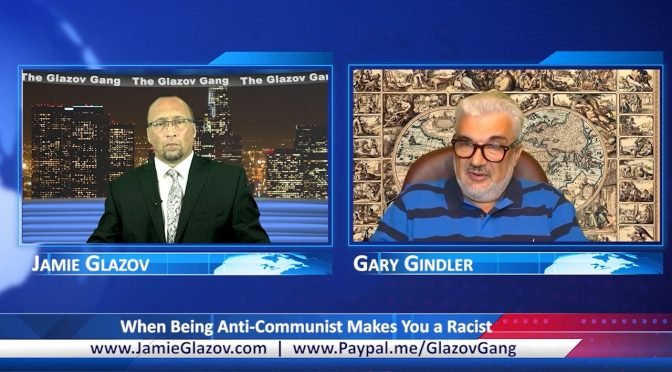 Gary discusses When Being Anti-Communist Makes You a Racist, providing a disturbing look behind the scenes of the American Left’s sick accusations.

And make sure to watch Part I of this discussion where Gary sheds light on The Russian Origins of Black Neo-Marxism, revealing how a white American of Russian origin became one of the founding fathers of the communist revolution in America.

One thought on “Glazov Gang: When Being Anti-Communist Makes You a Racist”