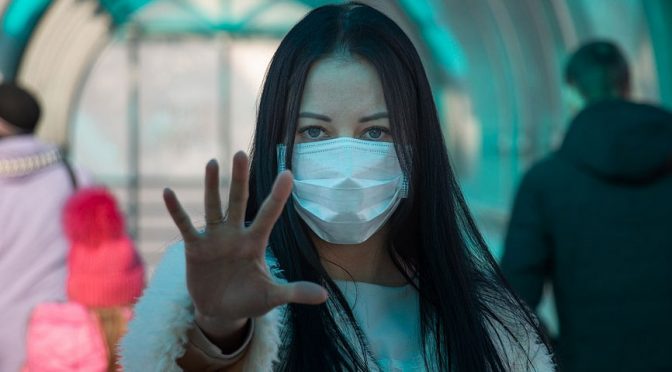 Editors’ note: On July 2, 2020, The Huffington Post published an article by Brittany Wong titled, The Psychology Behind Why Some People Refuse To Wear Face Masks. The subtitle was: “As coronavirus cases spike, those who refuse to wear face coverings remain as firm in their choice as ever. Here’s what psychologists say is driving their behavior.”

There wasn’t much of a surprise where the piece went with it all: a handful of psychologists (clearly of a progressive disposition) are quoted giving their specious views on what is holding many Americans back from wearing masks. The underlying assumption is, naturally, that there’s something psychologically wrong with these Americans. And, therefore — surprise, surprise — in the conclusion of the article, we are treated with some inspiring tips on “a few ways to try to get through to a non-mask wearer.”

Perhaps also not too surprisingly, Wong’s article makes no reference to how masks hide God’s image — and how ample evidence demonstrates that they are not only useless in fighting this “pandemic”, but also pose serious health risks. And, of course, nowhere in the article can we find the myriad facts revealing that Covid-19 is not nearly as dangerous as the powers-that-be would like you to believe.

What The Huffington Post is trying to achieve with this recent article is, of course, very clear — and expected. This leftist gambit vis-à-vis non-mask wearers is directly linked, for instance, to the Left’s fury against Kanye West’s support for – and glowing praise of – President Trump, and how it has unleashed myriad vile attacks against Kanye for his thought crimes — attacks which include insults using Kanye’s dead mom, racist hate and accusations of mental illness.

The Huffington Post’s resort to implications of psychological deficiency in non-mask wearers is, therefore, very typical of the Left’s faithful devotion to socialist-style “psychiatric” disposal of political dissidents. To mark this ugly development, Frontpage has deemed it important to run Jamie Glazov’s article, The Democrats’ Soviet Insane Asylum for Trump, from our July 7, 2017 issue. The piece reveals how the Left consistently uses the Soviet tactic of smearing political dissidents as “insane” against Trump – for his crime of daring to violate the Left’s One-Party Line. The piece clearly exposes how the insane asylum that the Left is building for the president and for his supporters is the same one that it’s now constructing for American non-mask wearers. Without doubt, the Left continues its undying devotion to the Soviet Evil Empire, not only to its ruthless fascistic political goals, but also to its monstrous methods to attain them.