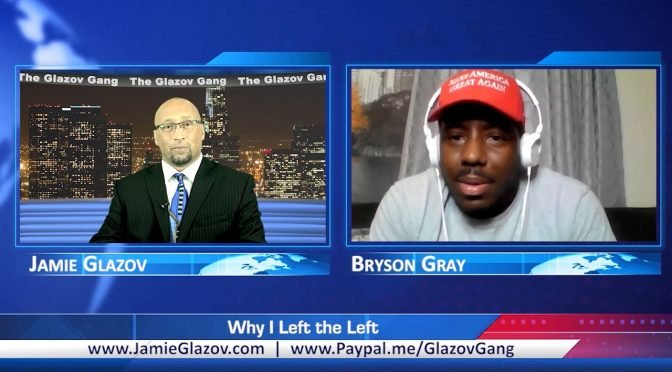 This new Glazov Gang episode features Bryson Gray, a recording artist who has become a Trump supporter after leaving the Left. His new album, MAGA SZN, has hit #1 on Amazon.

Bryson discusses Why I Left the Left, sharing his escape from the Democrat plantation and why and how he became a Trump supporter.

And make sure to watch our special 3-Part-Series on Behind the Mask of Black Lives Matter and The Change that Needs to Come from Within.

1. Daniel Greenfield: Behind the Mask of Black Lives Matter.

Terrance Wren: ‘We Need to Build From Inside the Hood.’

3. Will Johnson: Where Are the Protests for David Dorn?