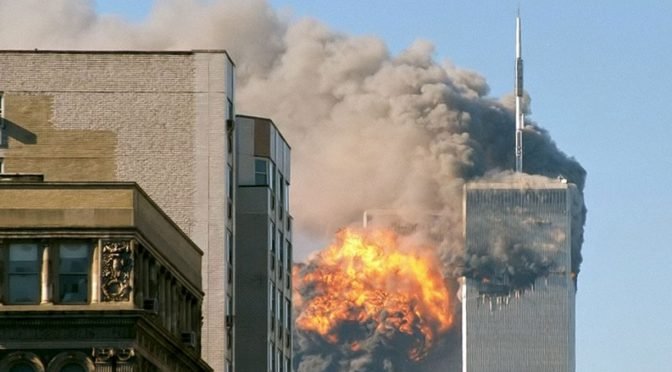 With the 19th anniversary of 9/11 having just passed, Frontpage Mag editors have deemed it vital to run an excerpt from Frontpage Editor Jamie Glazov’s United in Hate: The Left’s Romance with Tyranny and Terror. The excerpt is from Chapter 14: Cheering for Al-Qaeda. Don’t miss it.

The story of leftist reaction to 9/11 has been recounted in various works.[1] It would do well, however, for our purposes to briefly recreate the chilling scene.

Immediately following the 9/11 attack, leftist academics led with a drum roll. The very next day after the terrorist strike, Chomsky exonerated the terrorists, stating that the Clinton administration’s bombing of the pharmaceutical plant in Sudan constituted a far more serious terrorist act, and warning that 9/11 would be exploited by the United States as an excuse to destroy Afghanistan.[2]